10 Hikes with the Best Views in San Francisco

A version of this blogpost was originally posted on Thrillist on 7/28/14: http://goo.gl/yIxexN


San Francisco’s hills can seem like a cruel joke at the end of a hard workout, a long night, or let’s face it - even with a bag of groceries - but they’re also what makes our city unique. We can’t complain too much about our hills because they give us the views that give others city envy while making us proud to call San Francisco home. Get your ‘pano’ mode ready - here are 10 hikes with the best views in San Francisco.* 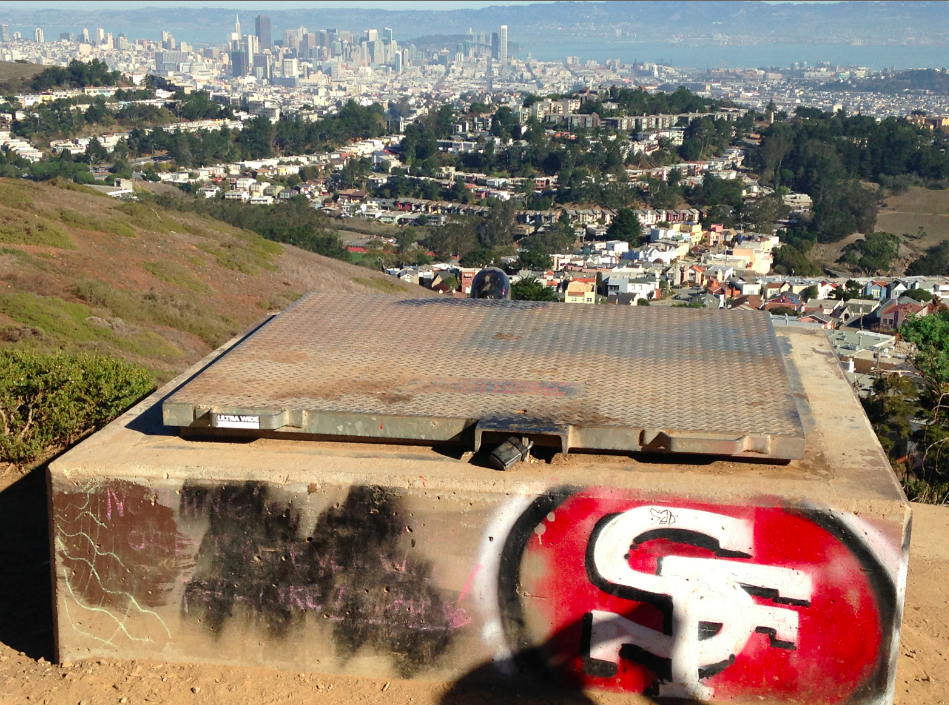 In a city of over 40 hills, Mount Davidson is the tallest of them all. The 0.44 mile hike to the top is easy, and you can choose an exposed or eucalyptus-covered route to take you there. Once at the summit, you can soak in the downtown views, or stand at the foot of the 103-foot cross featured in the ransom scene of Dirty Harry. Two popular entrances for the park are on Dalewood and Juanita Way. 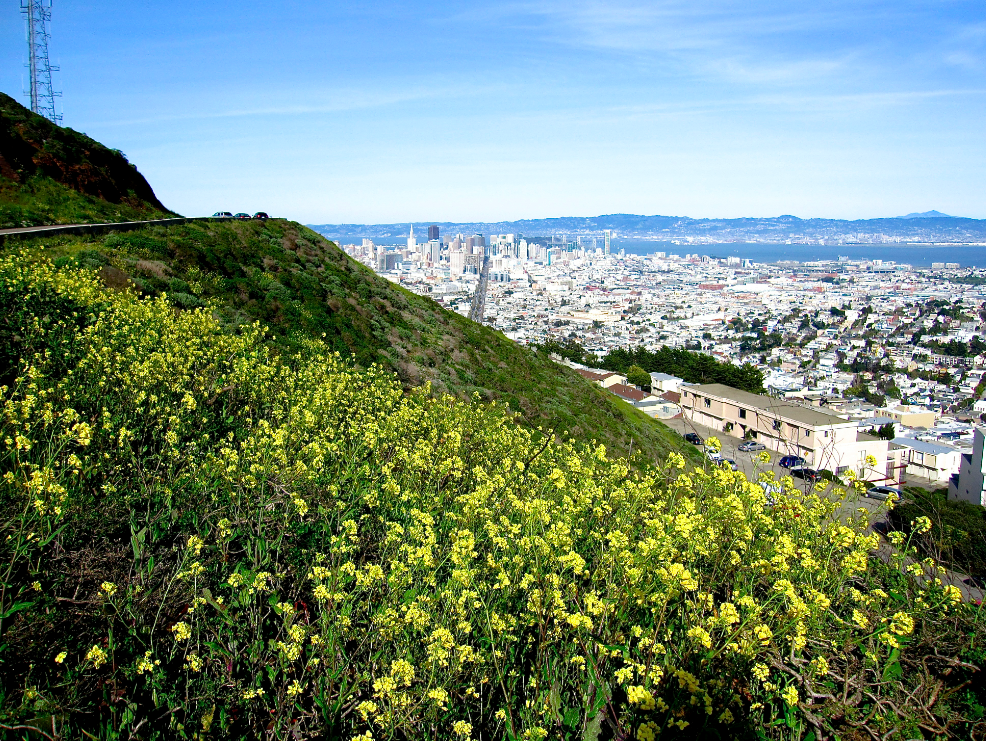 2. Twin Peaks
Twin Peaks may be five feet shorter than Mount Davidson, but it shows no sign of an inferiority complex. This is probably the best-known and most-loved view of the city for both tourists and locals. Leave the Christmas Tree Point tour buses behind and climb up Noe or Eureka Peak (yes, they have names) for 360 degree views. You can access the official stairway to Twin Peaks on Crestline Drive. 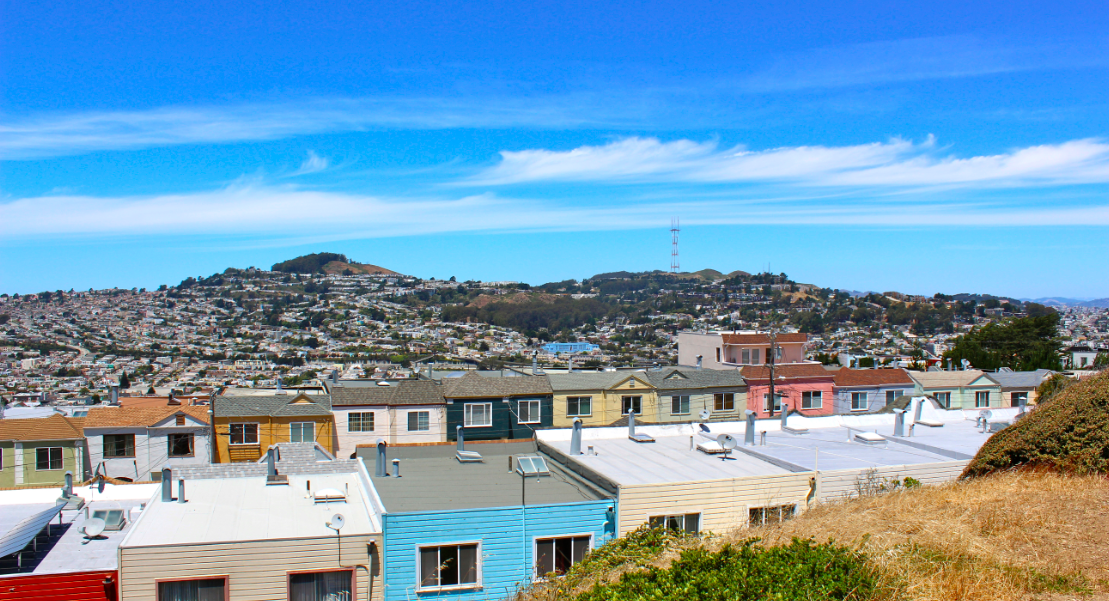 3. John McLaren Park’s Philosopher’s Way
The city’s second largest park may be out of the way, but it’s still worth a trip. McLaren Park’s Philosopher’s Way is a 2.7-mile loop with impossible-to-get-lost trail markers and a number of “musing stations” with quotations, history, and other park information. An 80-foot blue water tower marks the top of the park where you’ll get views that take you from downtown San Francisco all the way to San Bruno. 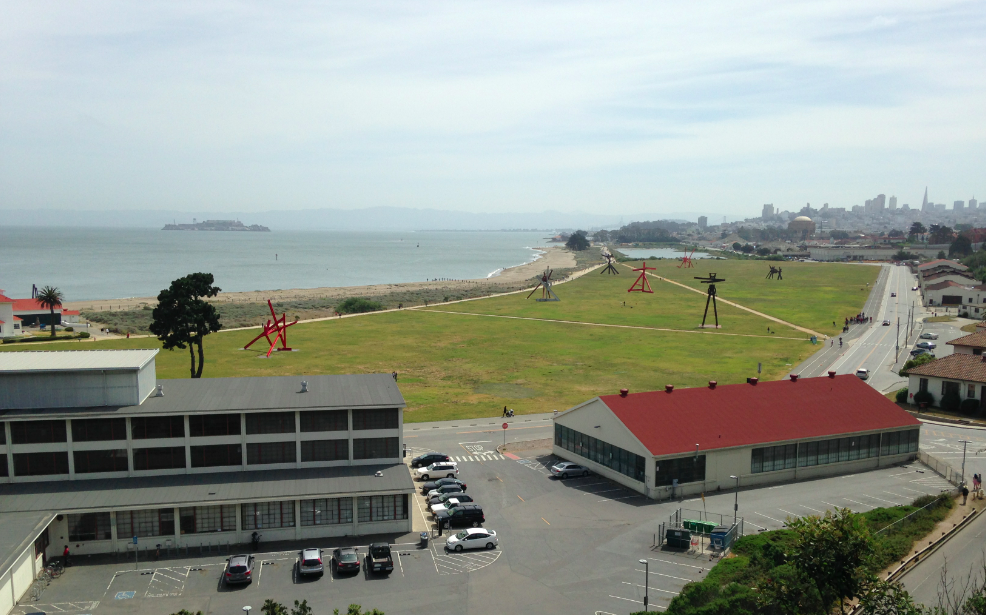 4. Presidio Promenade
With 25 miles of trails, the Presidio has enough hiking routes to make up its own top 10 list. There’s no one best trail in this historic ‘hood, but the Presidio Promenade stands out for its views of the Bay, Marin, and Crissy Field. The 2.2-mile paved trail starts at the Lombard Gate and visits the Presidio Main Post and San Francisco National Cemetery before reaching the Golden Gate Bridge. 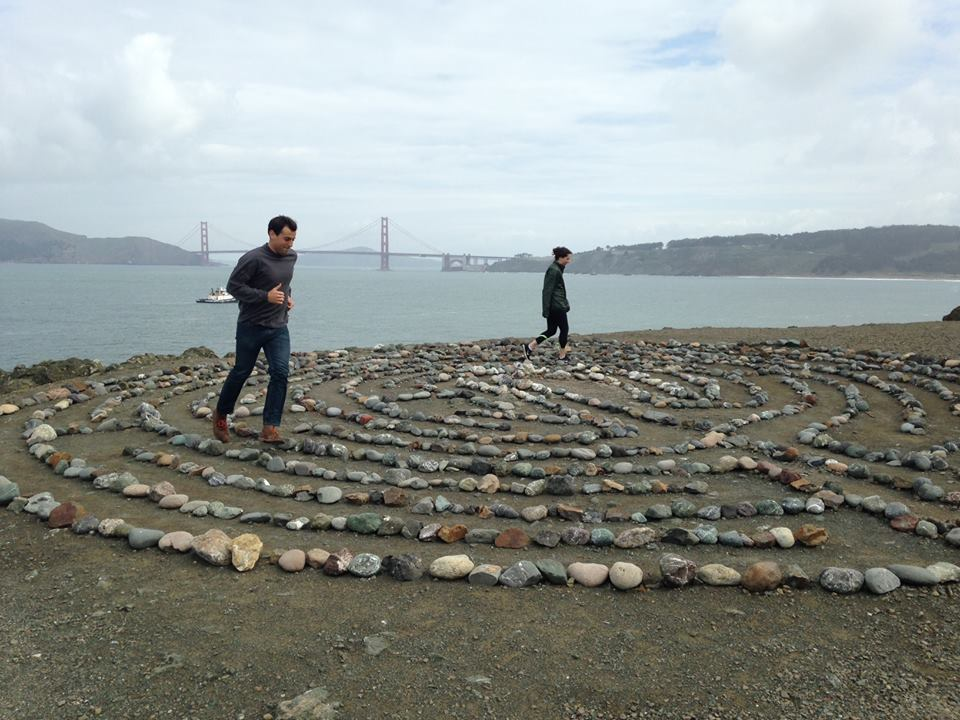 5. Lands End
Land End may be San Francisco’s most perfect hike. At 3.5 miles round trip, it’s a legitimate workout, and whenever you get tired, you can just pretend you’re stopping to stare at the Golden Gate Bridge. To get a harder workout, follow signs for Mile Rock Beach to visit the Eagle Point Labyrinth. A trip all the way down to the beach and back will cost you 224 steps, but who’s counting? 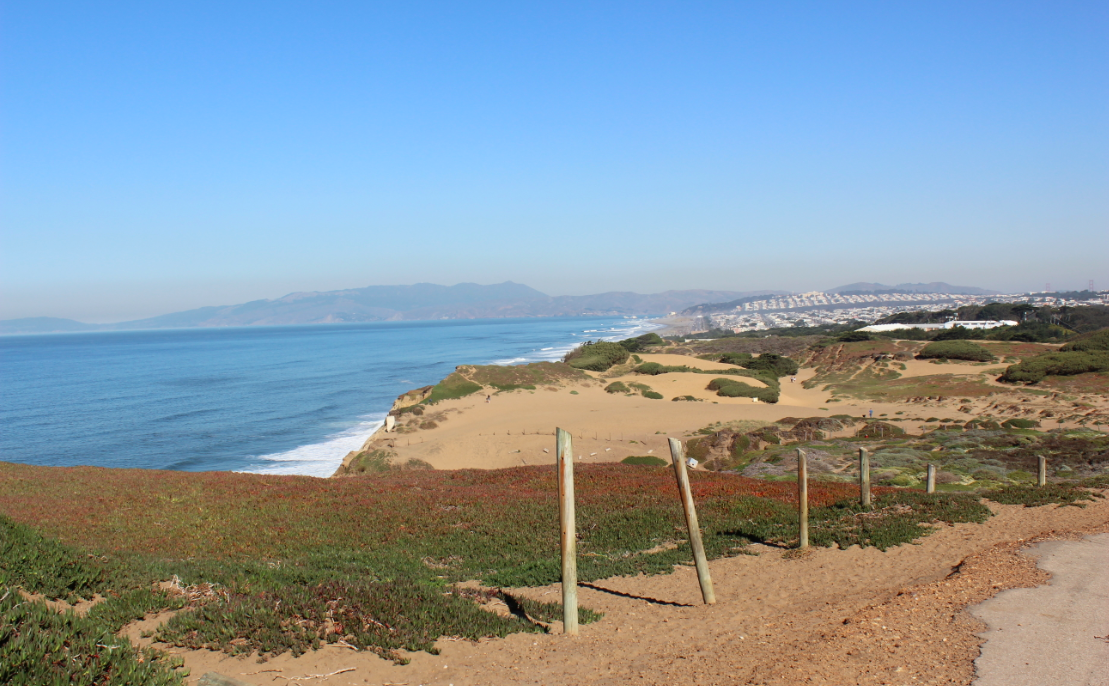 6. Fort Funston
Located in the southwestern corner of the city, Fort Funston is part of the Golden Gate National Recreation Area (GGNRA). The park’s sandy trails offer expansive views of the ocean and serve as arguably the largest unintentional dog park in the city. A nice two-mile hike at Fort Funston starts in the main parking lot. Take the Sunset Trail past Battery Davis and then take the Horse Trail back to your start.

7. Stow Lake and Strawberry Hill
Hidden in Golden Gate Park, Strawberry Hill occupies an entire island in the center of Stow Lake. The top of Strawberry Hill is 430 feet tall and is the highest point in the entire park. For a 2+ mile hike, first circle the island then start climbing up. From the summit, you can get views of downtown San Francisco, the Golden Gate Bridge, and Marin. 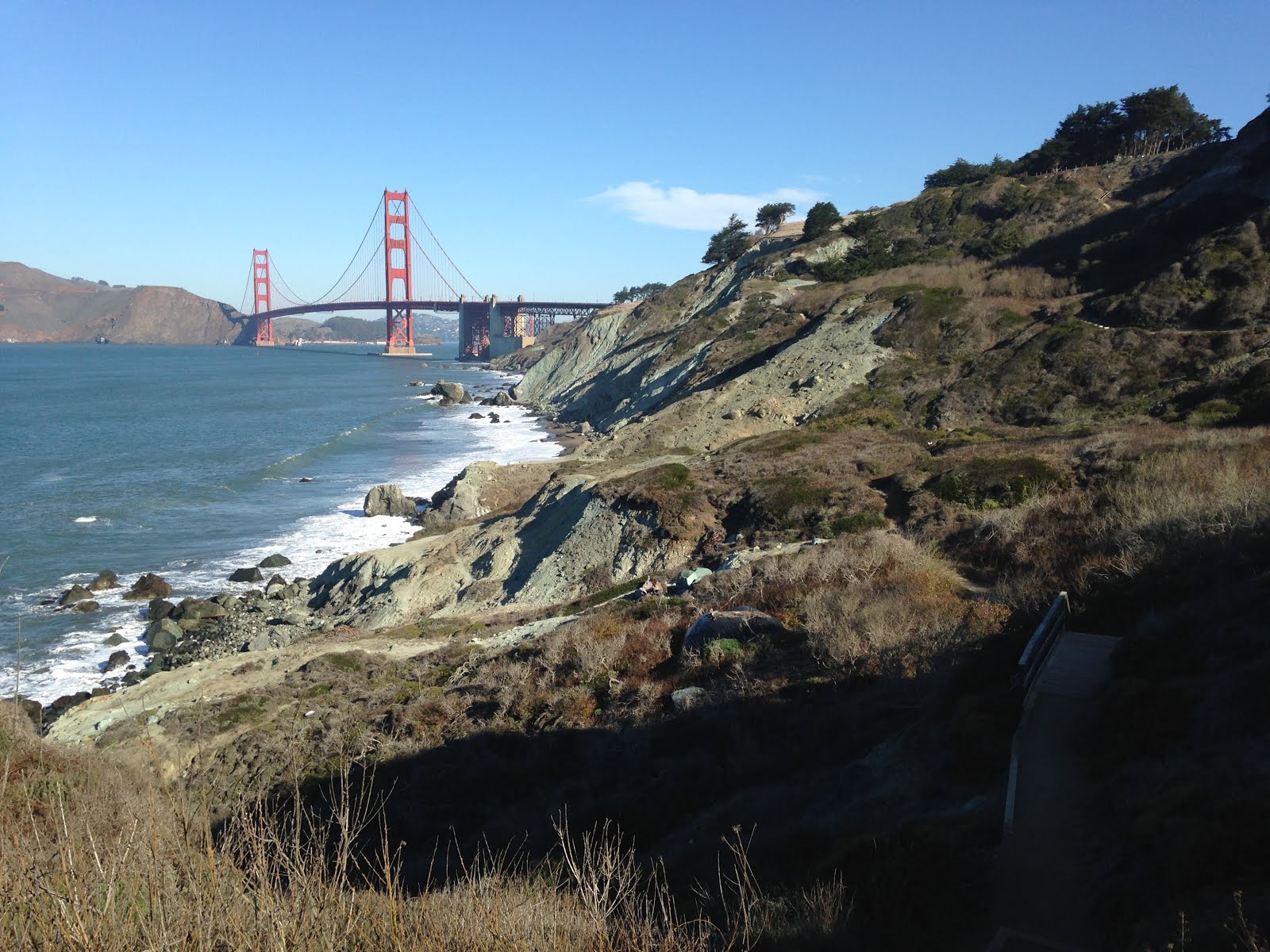 8. Batteries to Bluffs
This bayside trail is short - 0.7 miles each way -  but still manages to pack a punch due to its large number of stairs. But don’t worry too much about the stairs, there is plenty to distract you. When you’re not gazing at views of the San Francisco Bay, the Golden Gate Bridge, or the Marin Headlands, you can learn the history of the gun batteries you pass on the cliffs. 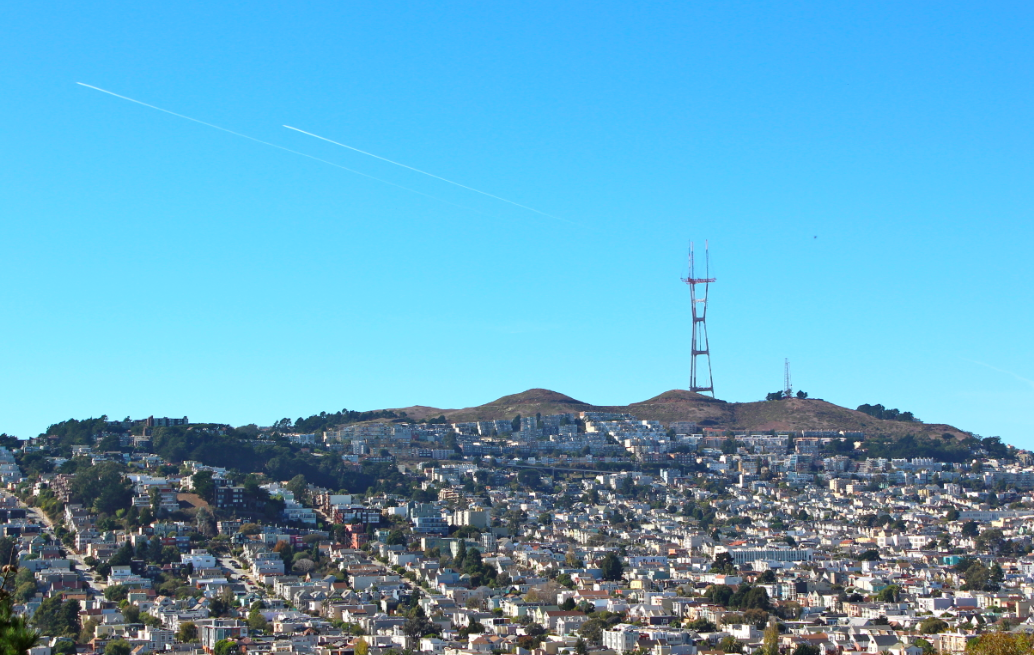 9. Bernal Hill
Bernal Hill is a highlight of the (relatively) sunny neighborhood of Bernal Heights. Start your walk on the one-mile paved path surrounding the hill. Then take any of the park’s dirt trails to reach the top of the hill where you’ll find Sutro Tower’s smaller cousin, Sutrito Tower. From here, get 360 degrees views of the city including downtown, Twin Peaks, Mount Davidson, the East Bay, and the peninsula. On your way back down, don’t miss these slides. 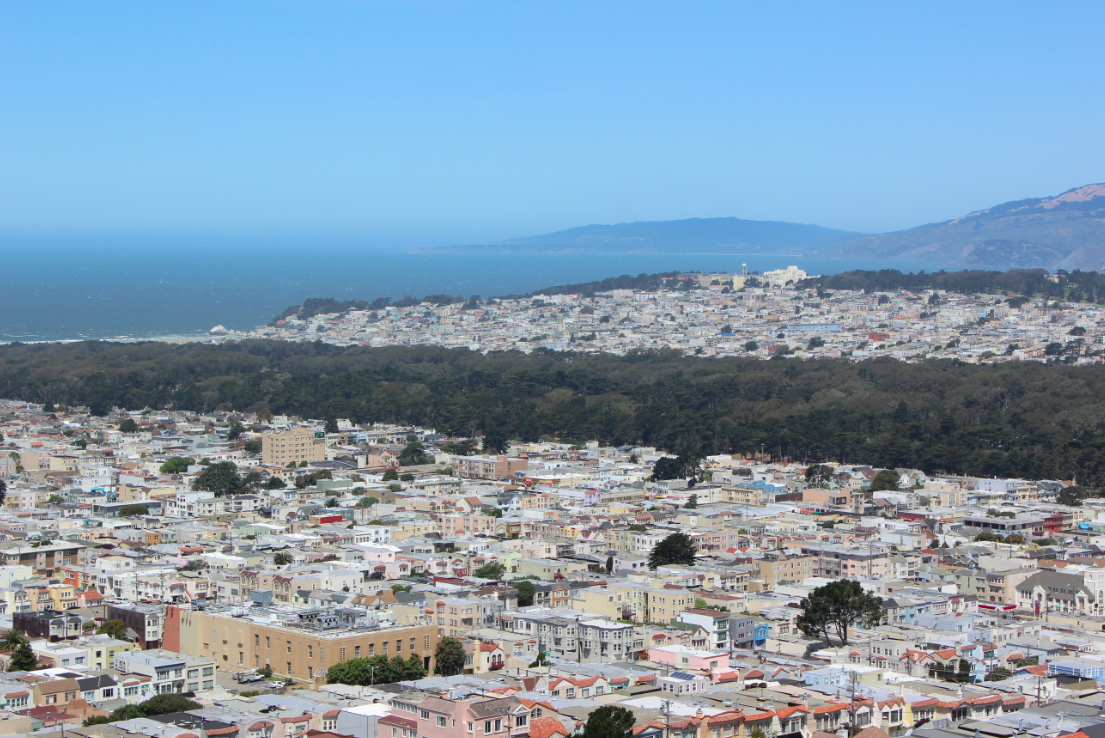 10. Golden Gate Heights Park
The Inner Sunset’s Golden Gate Heights Park offers unique views of San Francisco. Not only can you see Sutro Tower and downtown, but you can also see the entire length of Golden Gate Park -- from the Panhandle to the ocean. This park isn’t a hike in and of itself, socombine a visit here with a trip to Grandview Park and its two nearby mosaic stairways (here and here).

*Views not guaranteed. Karl the Fog can strike at any time, especially in “Fogust.”
Posted by Urban Hiker SF at 6:30 AM 4 comments: